Raul Morales is the recipient of a multi-generation recipe and tradition for “Tacos Al Pastor”. He represents the 3rd generation making the acclaimed Tacos Al Pastor. Born and raised in Michoacan, one of the most culinary diverse states in Mexico. Today, Raul proudly embraces his youth as an apprentice of the taco trade thru his uncle’s street cart of tacos al pastor. Raul often daydreams of those days when he would spend long hours setting up the “trompo” with the marinated meat. (Trompo: long spit where the thin strips of spice-marinated meat are stacked onto for grilling.) This was an art and a skill. He made sure that every layer of meat had the right amount of spices and marinade and was pressured correctly so it would cook evenly and to perfection. His faith was set when Raul, back then, still in his late teen years, decides to “robarse” run away with his beloved girlfriend (now wife of decades). This act, in traditional Mexico, meant the formation of a new home and as such the man had to support it. But how? No other way than what he knew best. “Tacos Al Pastor”…
The rest is history…

Tacos al pastor (Shepherd’s Tacos) — thin slices of pork shaved from a giant tower of layered meat rotating on a spit beside an open grill, piled onto one or two soft tortillas and topped with onions, chopped cilantro, a spear or chunks of pineapple, and a dollop of salsa. Tacos al pastor are believed to have evolved from culinary traditions that came to Mexico along with the wave of Lebanese immigration that began in the late 19th century and continued into the 1930s. The enormous cone of spiced and marinated meat (known as a trompo, or child’s top, which it resembles) is the pork version of lamb shawarma. Hence the designation al pastor—which, roughly translated, means “shepherd’s style.” (Wikipedia)

We offer lots of delicious options for hosting parties or events of any size. All of our dishes are prepared on site with fresh ingredients, served warm, and presented in the most professional and authentic possible way. We make custom menus to fit your needs.

Our Culinary and Visual Experience

DROP OFF – PICK UP

Drop off / Pick Up Menu

Tell us about your event

It would be our pleasure to assist you! 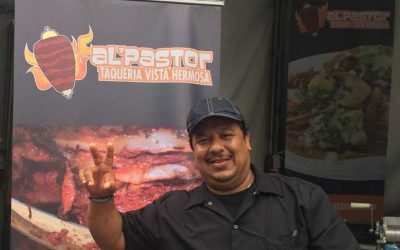 We had an amazing time at LA Weekly's 2016 Tacolandia event. Follow the link to see our pictures.

END_OF_DOCUMENT_TOKEN_TO_BE_REPLACED 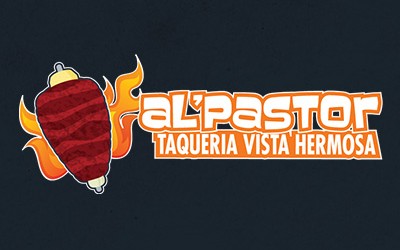 We've updated our image! Thanks to our fans and family for all your support.

END_OF_DOCUMENT_TOKEN_TO_BE_REPLACED

SEND US A MESSAGE!